I used to think installing 2 different versions of Primavera P6 Professional on the same PC was impossible.

I used to have a complicated VirtualBox setup with a huge virtual machine that would crawl along with delayed mouse movements just so I could run an older version of Primavera P6 on my PC.

Of course, I would install the latest version directly on my local machine.

But now with the release of Primavera P6 Professional v18.5, you are able to install the latest version of Primavera P6 (18.5+) along with any existing version you might already have installed on your local machine.

Who is this for?

Let me show you how it works.

VIDEO: Install 2 Versions of Primavera P6 On the Same PC – New In Version 18

Watch the video below where I explain how to install 2 version on the same machine.

Hey, everyone. Big news. I’ve got something to share with you. Big news. You ready? Hi. I’m Mike from Plan Academy.

Did you know that you can install two versions of Primavera P6 Professional on the same machine with no virtual machines, no backdoors, no craziness?

Now, as of version 18 just released, you can now install version 18 — it was released in August — version 18.8 as well as a previous version. You can have two versions of Primavera P6 installed on the same machine. Let me show you what you do.

So, when you go ahead to install version 18, it’s gonna notice that you’ve got a previous version there and there’s a checkbox. It says, “Overwrite or upgrade the existing version or install,” if you don’t check it, you’re gonna install a new version just next to it.

That’s what I did here. So, I’m going through the installation of version 18.8 and now at the end, I’ve got two versions of Primavera P6 on my local machine. It’s amazing. Hooray.

Can I run 2 versions of P6 at the same time

Can I run both of those versions at the same time?

Can I do side-by-side windows?

I tried to run version 18 first and then see if I could pull up version 17. Didn’t work.

Because I really wanted to get side-by-side, you know, one screen, one on one side, one on the other side. Unfortunately, you can’t do it yet. But that’s not to say there haven’t been some nice changes here.

This is a great…great new feature that we can take advantage of.

Thanks for checking out this video on Plan Academy.

Check out our article on 5 Ways to Prevent Your Primavera P6 Install From Getting Hacked. 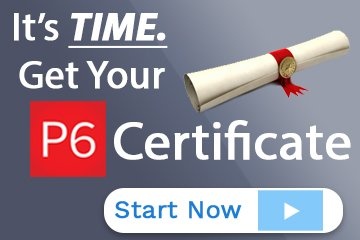